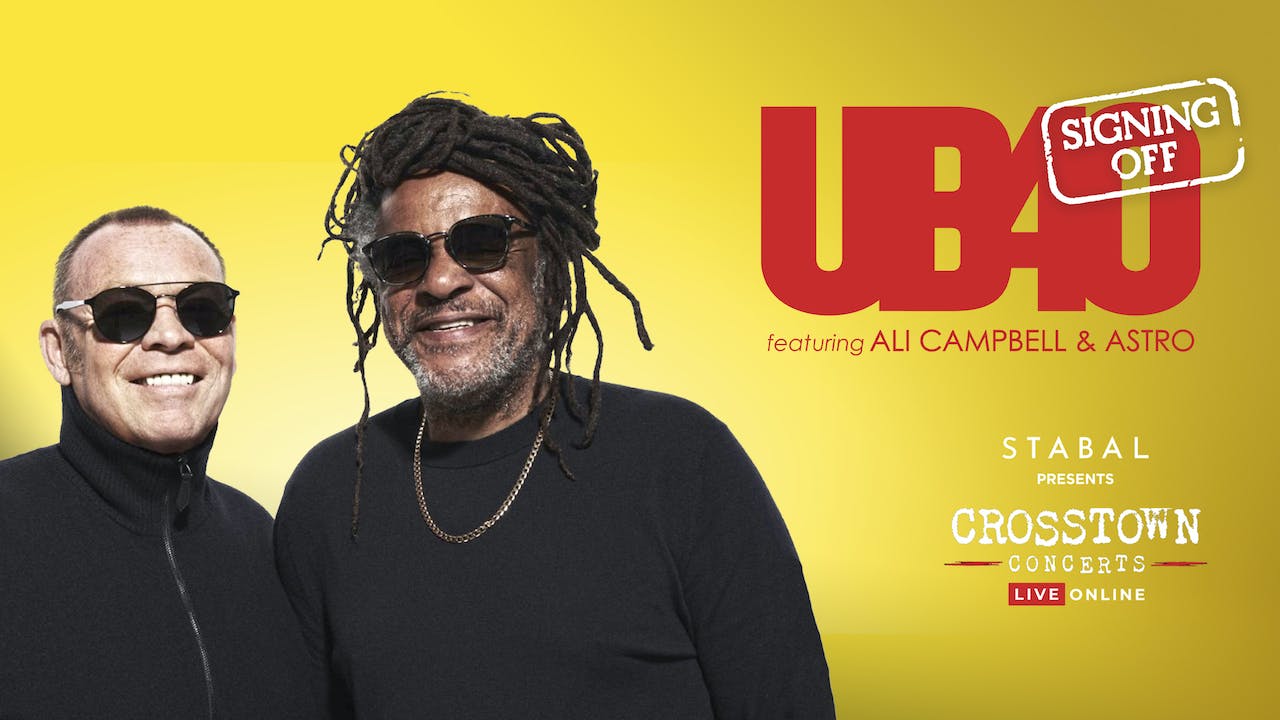 The band’s very first online concert will see them performing UB40’s seminal 1980 album ‘Signing Off’ in its entirety. Filmed at Stabal Studios on the outskirts of London, Ali and Astro will be accompanied by their incredible eight-piece touring band.

“These are the first songs we wrote together as a band,” comments Ali Campbell. “It will be a joy to revisit them 40 years on. Sadly, ‘King’ and ‘Food For Thought’ are still relevant today. We give thanks that Gary Tyler has now been released,” adds Ali, referring to the inspiration behind the album’s opening track ‘Tyler’, who was finally released from prison in Louisiana in 2016.

“After 40 plus years, we can’t wait to play the whole of 'Signing Off' to the fans. It’s gonna be a happy trip down memory lane!” comments Astro.