Skip to main content
Stabal | The On Demand Music Experience, Get Lost In Music, Anytime, Anywhere. 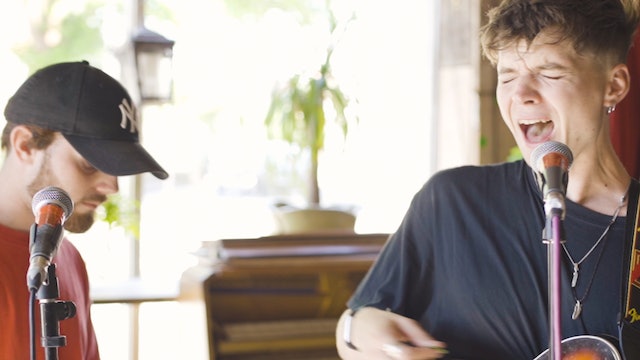 A well-known face around Brighton’s busking scene, Ren Gill, 30, has been performing to ecstatic crowds for years, with early beginnings in the music industry coming when he was discovered performing on the streets of Bath, as part of indie-pop band Trick the Fox. Despite having built a loyal fan base, due to health issues, Ren was forced to halt his music endeavours and move home to Brighton. During what he describes as ‘a time of isolation’, Ren was bed-bound for years having been diagnosed with Lyme Disease. After channeling his frustration into songwriting and producing from his bedroom, Ren has now recovered and is ready to share his art with the world as both a solo artist and with new band 'The Big Push'.

Sam Tompkins was born and raised in the seaside town of Eastbourne where he found himself being influenced from an early age by artists ranging from Justin Timberlake to Ray Charles and even the man himself, Drake. The young artist's musical journey began in 2017 where he picked up steam with a few covers that gained quite a bit of recognition. Eventually, it was his cover of Bebe Rexha's 'I Got You' that won him an MTV contest for Cover of the Month, thrusting him into a worldwide spotlight. Sam went on to sign with Island Records shortly after this video was shot and has recently been in the studio with Justin Bieber.